The serch bythol is one of the most popular symbols of the ancient celts. This symbol is perfectly symmetrical and beautiful. Likewise, the concept behind this symbol is just as beautiful. You can pronounce it as ‘serk beeth-ohl’.

In this article, we will discuss all aspects of this beautiful symbol. Of course, we will explain its origin, its use and its meaning in detail.

The serch bythol symbol has a beautiful appearance.

Trinity knots are quite common among the Christian faith. They symbolize the Holy trinity of the father, the son and the holy spirit.

However, The Celtics refer to the trinity as the Triquetra.

For the Celtics, the Celtic Trinity Knot is used often to symbolize and honor the Mother, Maiden and Crone of the neo-pagan triple goddess.

In fact, we get the pattern of the serch bythol symbol simply by placing two triquetras side by side. It is kind of like an eternally non-ending loop.

Actually, the trinity actually symbolizes a lot of things in groups of three.

For example, it connects the mind, body and soul. Further, the celtics also used it to show the eternal bonds of family: mother, father and child. Also, other representations could be the cycle of birth, death and rebirth.

Since the serch bythol is a combination of two trinity knots, it is even more special. Intuitively, it can mean the ultimate unity of mind, body and spirit between two people.

Moreover, the Celtics consider this to double the power of the trinity.

Most importantly, it focuses on how family solidarity is crucial.

What is the meaning of Serch Bythol?

Though the origin of the serch bythol is unknown, it is the most beautiful of all. There is not enough historical evidence regarding its exact origin. However, it is known that the serch bythol is one of the many celtic knots. Originally, the Celts were simple pastoral people. However, they prided themselves for their strength in battlegrounds. They had a kind of natural prowess in the war arena. However, at the same time they are virtuous people. According to sources, they are extremely tender, compassionate, genuine, creative and kind-hearted people.

For example, the Celts love their families. They believed in love and loyalty towards their families and towards people, in general. Also, they never forgot their roots. So, they laid great emphasis on bonds of family and the community as a whole.Supposedly, they were the first ones to use the Serch bythol- the special Celtic knot.

Moreover, the word ‘ Serch ’ means ‘ love ‘. And, the word ‘ bythol ‘ means ‘ perpetual ’.Thus, the serch bythol definitely acts as a symbol for everlasting love or everlasting bonds. As said earlier, this is one of the purest and most beautiful symbols of all.

Serch bythol rings are nothing but a modern take on the ancient symbol. Since, serch bythol rings signify the importance of commitment between people, they are quite popular. Nowadays, they are easily available as rings on various online e-commerce stores. Of course you can find them very easily on etsy.

Further, this can be for the initial proposal of engagement or for the actual marriage ceremony. Moreover, parents also give these to their children.

The celts were an ancient civilization, from around 2000 years ago. Since they were creative people, they left a rich legacy of art.In fact, they were skilled metal workers.Further,  they had a strong interest in gold, silver and bronze ornaments. Besides themselves, their ornamental designs adorned their horse trappings as well. Also, the celtic people’s design tradition has lived on till date. Many ornamental carvings, necklaces and rings still use it as an inspirational design.

As mentioned earlier, the combination of two trinity knots represents the harmonious unity of the mind, body and soul of two individuals. 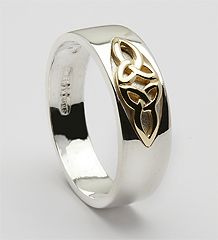 One of the main aspects of celtic designs has been the celtic knotwork. In fact, a celtic knot has dramatic levels of symbolism. Also, the intricate artworks deserve a lot of praise.

The serch bythol knot is quite famous among lovers. It is also very widely used as wedding rings because of its symbolism. Since it is formed of two trinity knots joined by endless lines, it is like an endless ribbon of eternity.

Moreover, the Celtic design tradition is still quite prevalent in the West. 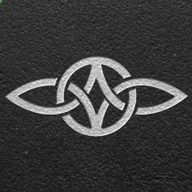 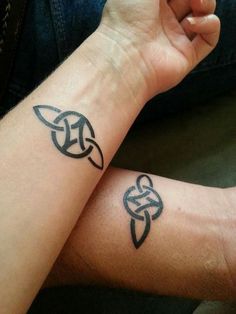 Mostly, this tattoo is found on the skin of couples. In fact there are many who tattoo the serch bythol symbol on their ring fingers. Usually, it is an indication of their bond to their loved ones.

If you are looking for a serch bythol tattoo design idea, feel free to browse on pinterest. In fact, you will surely find many.

How is Serch Bythol made?

Though the serch bythol symbol may look confusing, it is actually quite simple to draw. In fact, we know that this symbol comprises two trinity knots or triquetras.

There are continuous flowing lines that beautifully join the two trinity knots. These lines might symbolize eternity as well. There is a circle around the center of the serch bythol. In fact, this makes the design even more appealing.

Moreover, the beauty and symmetry of this symbol attracts people to a great extent.

The serch bythol symbol has found recognition worldwide. In fact, it is used as a charm pendant by many.

However, many other jewelleries and ornaments use the serch bythol symbol as well. You can use it as a simple charm or even as a wedding ring. How you want to use this beautiful symbol is totally up to you. This serch bythol charm can even act as a beautiful and meaningful gift for your friends. In fact, if your friend is a lover of mythological stories or if they love collecting jewelleries with ancient symbols on them, then this gift will be very wholesome for them. 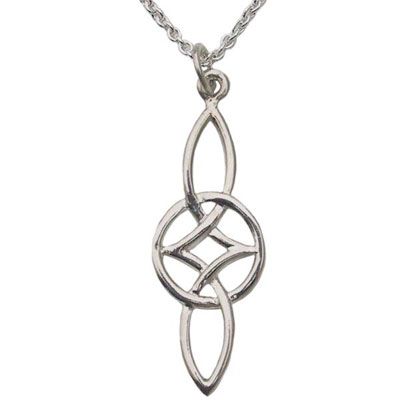 Modern designers often use the celtic knots as design inspirations. They are used in many charms, and rings. Moreover, we can see them in necklaces as well.

If you want to buy one for yourself, go online. Look up the serch bythol necklace and you will find a variety of e-commerce stores selling them. You might be a real fan of ancient symbols. Or, you might be a real vintage-type. Then, this is going to be a beautiful gift for you. 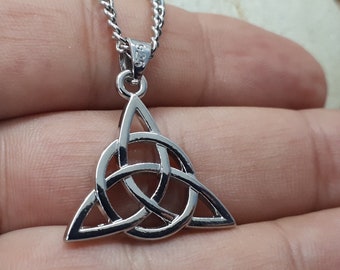 Why is the Serch Bythol necklace banned?

The Irish Harp symbol is also one of the celtic symbols. It signifies family pride and commitment. However, it was banned because of its connection to the Irish resistance against England’s rule. But, it is now a significant piece of Celtic heritage, and families look to it as a symbol of national pride. 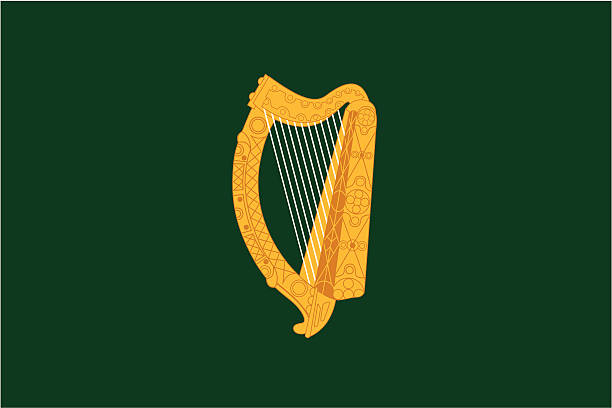 1.   Are Celtic Knots Scottish or Irish?

Ans: The celtic knots first originated in Scotland, Ireland and Wales. In fact, different celtic knots have different meanings. But, most of all they symbolize love, faith and loyalty bonds among families and people in general.

The serch bythol is one of the most common ones. These knots originated in Northern Italy and the South part of Gaul and went to Ireland in the 7th century.

2.   Is the Triquetra knot Scottish or Irish?

Ans: The triquetra, also known as a “trinity knot”, is often found as a design element in popular Irish jewelry such as claddaghs and other wedding or engagement rings. Celtic pagans or neopagans who are not of a Celtic cultural orientation, may use the triquetra to symbolize a variety of concepts and mythological figures.

Ans: For the Welsh people, the celtic knots have a lot of significance. Also, they bear a lot of traditional and religious importance.

4.   Did vikings use celtic knots?

Ans: In most versions of historical stories, we relate the celtic knots with vikings.

However, the truth is that both the celtic and nordic cultures used knotwork.

The serch bythol is also one such knot because it is widely used in ornaments.

Ans: In celtic culture, another name for Trinity knots is Triquetras. Initially, it was used to symbolize and honor the Mother, Maiden and Crone of the neo-pagan triple goddess.

However, nowadays people closely relate it to christianity. Actually, the trinity symbolizes the father, the son and the holy spirit.

Earlier, it signified the three life-cycles of a woman in relation to the phases of the moon.

Ans: The shape of the Celtic Love Knot symbol is two interlocking hearts and usually arranged inside an oval. It symbolizes the love between two people. Also, the Irish, Scottish and the Welsh celts were the first ones to use this knot.

The serch bythol is also a kind of a love knot. Further, this is because the serch bythol symbolizes commitment, love and care for people. Also, couples use it very often as an expression of their love for each other.

Ans: The celtic love knot is an ancient symbol. In fact, the Celtics always used this ring  as a wedding ring. Likewise, the serch bythol was also a famous love knot.

This design features interlaced knots and represents the love between two people. 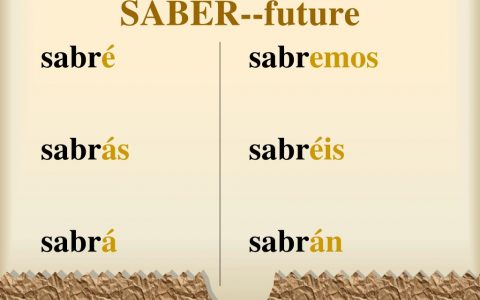 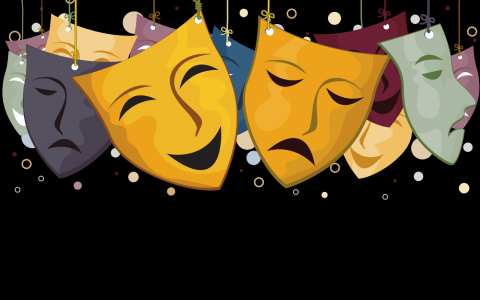 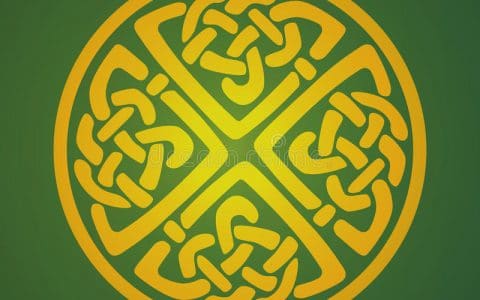